Let food be thy medicine, and medicine be thy food.

At present, cardiovascular and respiratory diseases claim more lives than all other causes of death combined; over 25 million are affected by arthritis, diabetes claims over 5 million and rank third as a cause of blindness in this country, cancer have become so very widespread, despite the medical advancements claiming they found the cure. Why do we struggle to resolve these problems?

What is guiding the man? Progress in technology to a more comfortable life? Which are the trade-offs of these disrespectful choices? Air pollution, water poisoning, dumping of toxic wastes and potential resources recycling, diseases and poor life quality, spiritual and mental alienation, stress, unhappiness.

In autopsies, one can see the huge number of wastes in our organism, smell the foul odors, get stunned when discovering clogged vessels the decomposed and degenerated organs. 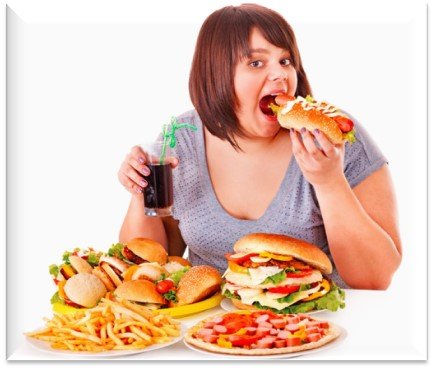 There is a direct relationship between the Earth’s cleanliness, foods, and human health; all are interconnected; today, there is no reason to stumble over explanations, understanding, and concepts with a more developed science. We must eat the right food, purify our bodies permanently, and stay governed by nature’s rules, the eternal truth.

The main accumulation points of uneliminated wastes are located primarily in the digestive tract, particularly affected is the colon, the suffering of eternal constipation, the stomach, small intestine, liver; the average person has continuously 10 (ten) pounds of uneliminated feces clogging the colon and poisoning the blood and the whole body. Uneliminated feces and mucus generated by undigested food clog the Gastrointestinal tract; this results from diets based on excessive proteins, fats, and starchy foods.

Every disease is an effort of the organism to solve its internal health problems, i.e., eliminate the surplus of wastes, mucus, toxins, uric acid, drugs stored in the body for decades; not the diseases, but the body has to be healed, cleansed, freed from wastes and foreign matters, toxins accumulated during an irrational consummatory life. For example, a cold or influenza is purging much mucus; some examples are cold, flu, indigestion, diarrhea, palpitations, dizziness, anxiety. Dissolved chemical poisons are being taken into the bloodstream affecting the nervous system (CNS) causing extreme nervousness, dizziness, anxiety, depressions, and excessive heartbeats as well as other strange sensations; this blood flows further to the kidneys, which try to filtrate more toxins such as albumen, uric acid, bile excess, etc. Toxins throughout the entire system are among the most harmful factors that lower your vitality and endurance; nobody has a perfectly clean colon!

THE SECRET OF VITALITY:
Vitality (V) equals Power (P) minus Obstruction (O)
(P) The power (energy) that drives the human machinery, which keeps us alive, gives us strength and endurance without food. Through the Lung, we inhale “pure Qi” (air) and exhale “dirty Qi.” The pure Qi is mixed with the Qi extracted from the food. This combination of Qi and nutrients is then distributed throughout the body for nourishment. Qi is also essential for helping the Heart circulating the blood.

(O) is the obstruction, encumbrance, foreign matters, toxemias, mucus, all matters that obstruct the circulation and internal organs’ function. When (O) becomes higher than (P), that body will die, and as more (O) increases, as sicker you get.

The human engine is an air-gas engine constructed from rubber-like, very elastic spongy material called flesh and tissues. It functions as a pump system by air pressure and inside liquids’ circulation (blood, lymph, saliva, others). The pump is the lungs and not the heart which is only the valve. For over 400 years, medicine erroneously considered exactly the opposite.

The body faces an atmospheric counter-pressure of over 14 pounds to the square inch; the organism functions automatically by inhaling air under atmospheric pressure and expelling chemically changed air containing carbon dioxide due to the lungs vacuum cavity created. This is your perpetual life power (P), and you live as long as you breathe. This is possible because the engine (lungs, all other organs) is spongy and elastic, with an intrinsic vibration, expansion, and contraction vibration. The chemist Hensel experimentally demonstrated that this spongy, elastic tissue is a matrix of lime sugar combination. You can develop vitality and health through breathing correctly.

Lungs also provide an essential chemical through the process of respiration, the CO2 (carbon dioxide); you can have the right blood pH maintained constant between 7.35-7.42 and perfectly working blood vessels, thus a good circulation, only if you secure 6.5% carbon dioxide in your blood.

You can also remove (O) obstruction by higher air pressure. It is also possible to remove (O) due to foreign matters by local vibrations, detoxification; you can increase Power (P) artificially for a certain time at the expense of your vitality, like a rubber band permanently stretched, which loses its elasticity. You relieve diseases but slow down your vitality, especially of the spongy organs such as lungs, liver, kidneys.

Metabolism is the science of changing matter, and it is nowadays the most absurd and dangerous doctrine ever imposed on humankind. “Modern metabolism theory is the most erroneous albumen theory, killing many lives in the western world: because it postulates that the process of life continually uses cells, therefore they have to renew all the time and to renew the cells humans need proteins (albumen); therefore the human engine cannot live for a minute without protein food.

THE ERROR: the human body does not expel, bump up or use a single cell in a vital condition. I have a question: does a cow drink milk to produce its own milk? How are millions of vegetarians survive without proteins? How can elephants, primates such as gorillas live on bananas, herbs, leaves?

High protein food act as a stimulation for a certain time, decomposing almost instantly in the human body, were high enough temperature and oxygen exist. The products resulting from meat digestion are purines, ammonia, lactic acid, uric acid, even pus, and heavy poisoning metabolites of proteins. Life is based on the change of matter in the meaning of physiological, chemical transformation through which energy becomes free, and the body can efficiently perform metabolic pathways.

Blood composition: are the white cells of vital importance to protect and maintain life, to destroy germs, and to immunize the body against fever, infection? Or are white cells exactly the opposite, waste decayed, undigested and unused food, pathogenic mucus? Are these white cells eventually wastes from undigested proteins and starchy foods? White cells number is increasing when you are sick as well as during digestion in a healthy organism.

Two important facts to know when speaking about the blood:

Do the following experiment: next time you have a regular dinner with meat, starchy food, add a plate for an imaginary guest; next morning, empty this portion in a vessel, cook it for 30 minutes at the temperature of 37-38 deg C (your blood temperature) and leave it overnight. Next morning a big unpleasant surprise will wait for you!!

Blood building: the blood building in the human body involves all problems related to health and disease. Today you are taught that to build muscles; you must eat muscles; to build proteins, you must eat protein; to build fat, you must eat fat. It would help if you intaken iron to build hemoglobin. This is far from the truth. Once the correct process of building blood starts, your obstructions (O) are decreasing, and your vitality, endurance will significantly increase.

Would anyone attempt to clean an engine of a car by continually operating it at a higher speed and shaking it? NO! You will first flush the clogged dirt to reduce obstruction.

Learn more about how to reduce obstruction, how to design a healthy customized nutrition, detoxify your body and increase thus YOUR VITALITY