Faster, better, more reliable data transfer, 5G will enable the IoT (IoT) where everything will be connected. Millions of antennas will be installed in proximity to humans to reach this new Internet performance, resulting in a dense microwave soup you will not escape. The 5G is high-geared dielectric lens antennas, which creates a concentrated spherical beam. 20,000 satellites are planned to be sent in space; their focused beams of intense MW radiation will permanently beam the Earth; 24/7, around-the-clock exposure to EMF that adds up. Current radiation levels are already one quintillion times above natural background radiation acc. To Dr. Ole Johansson, Karolinska Institute Sweden.

Wireless radiation has unquestionably biological effects on humans, animals, plants, the entire environment. Proven by tens of thousands of studies performed since 1932:

The high intensity of 5G is problematic, but the frequency and pulsation of radiation are deadly. A huge body of evidence shows pulsed EMFs (as 5G will utilize) more biologically damaging than non-pulsed ones.

1999 FDA & NTP conduct a 16-year, 30 million USD study examining the effects of EMF radiation. In 2016 partial report was released that found a link between EMF and cancer formation.

DNA works as a fractal antenna, which sends, receives, and processes signals (see pubmed.gov: DNA’s fractal antenna in electromagnetic fields). Children and fetuses are more vulnerable to RF energy from mobile phones than adults. Studies prove a young child’s brain absorbs 2-10x more radiation than adults at the same exposure. Some countries, such as France, have banned Wi-Fi in nursing schools and issued warnings for schools. Top cancers that kill children today are brain-, thyroid-, testes-, rectal cancers. The link between Autism and electromagnetic fields:

Currently, an international appeal was signed by 247 EMF scientists (5gspaceappeal.org) from 42 nations, urging the UN & WHO to exert strong leadership in fostering the development of more protective EMF guidelines, encouraging precautionary measures, and educating the public about considerable health risks, particularly to children and fetal development. IoT/Smart grid will turn every appliance into a radiation device.

USD 25 million National Toxicology Program concluded that microwave frequencies radiation of the type currently used by cell phones could cause cancer. With the introduction of 5G, the toxic EMF radiation soup will become even worse: “The new 5G wireless technology involves microwaves extremely high in energy, much greater energy than 4G and WIFI. Allowing this technology to be used without proving its safety is reckless in the extreme, as the millimeter waves are known to have a profound effect on all parts of the human body” Prof. Trevor Marshall, Director Autoimmunity Research Foundation, California.
We cannot escape the electromagnetic radiation cloud we live in, and with the rollout of 5G, we will get even a stronger and more harmful microwave impact. What are the consequences?

Excerpt from International scientists’ petition against radiation exposure (from 42 countries), “The health consequences include an increased cancer risk, cellular degeneration, toxic state, memory loss and dementia, neurodegenerative conditions and negative effects on the general wellbeing of humans. Because of the shallow penetration of the microwave frequencies, eyes and skin are particularly affected.
Humans absorb over 90% of the radiation via Epidermis and Dermis layers. 5G should be regarded as extremely harmful to biological systems, and we can expect serious negative consequences for our ecosystems.” What is the solution?

Those who sell you different kinds of “EMF Shields,” such as Patches, Stickers, or “Protective Devices,” do not tell you the truth. It is impossible to completely neutralize or suspend the electromagnetic field bombarding us every second; it is a hoax to believe this. 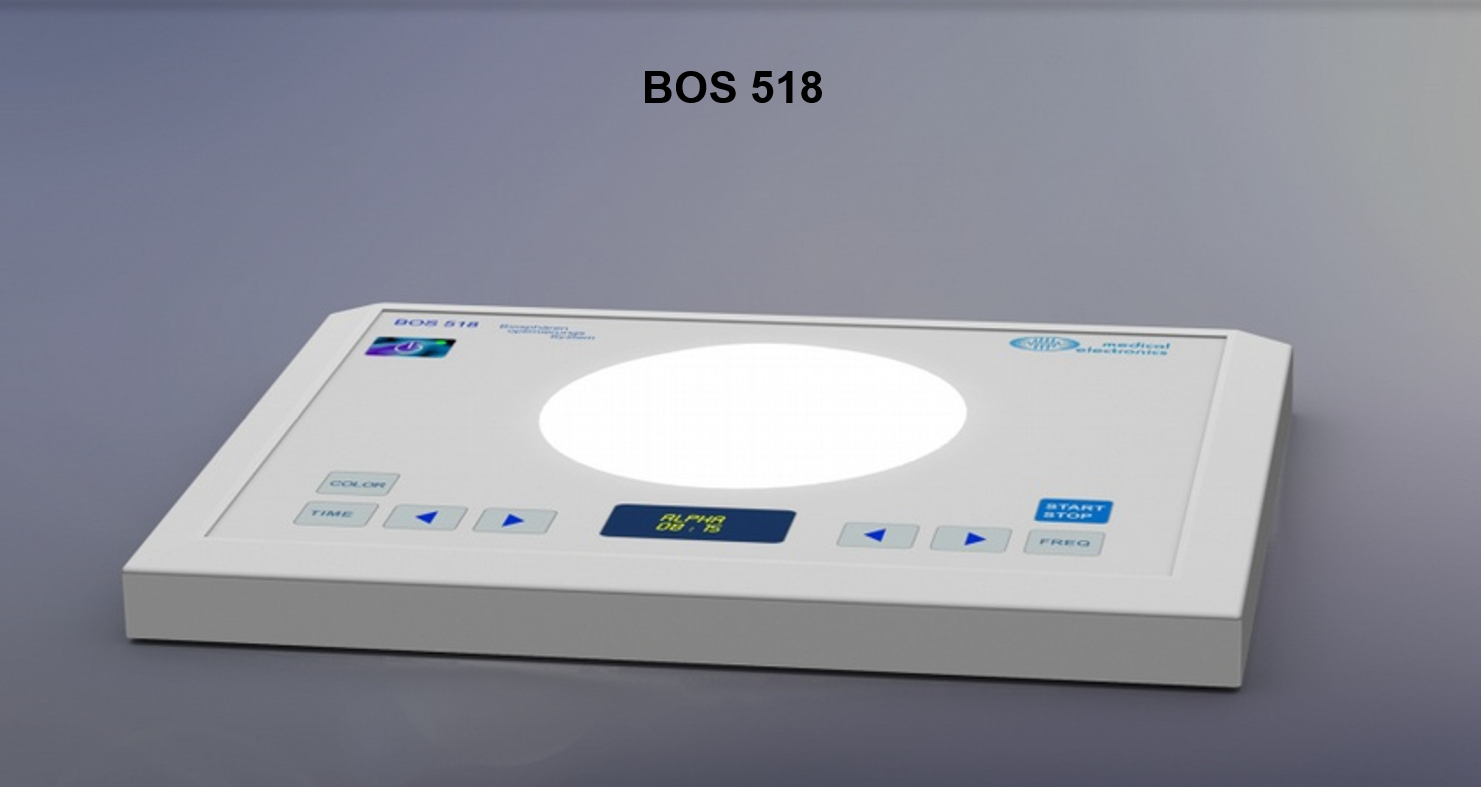 We offer real, efficient solutions to circumvent the electrosmog based on a unique groundbreaking technology combining scalar waves and modulated sunlight. White sunlight is a wake-up call stimulating the adrenaline; red/orange sunlight creates a rest and digest relaxing environment stimulating the melatonin. Synchronizing white and red sunlight with a scalar field modulated with the Schuman frequency and the brain waves (alpha, global, super-delta) creates a healthy, relaxing, stimulating electromagnetic field for the central nervous system (CNS).

Contact us for solutions to reduce the electrosmog in your environment: link missing

These are made possible with BOS 318 and BOS 518. The complex electromagnetic fields match and perfectly resonate with the own brain vibrations and major biological fields in living beings. links to VB products/BOS 318 and 518