Approximately 80 percent of Americans suffer from anxiety disorders characterized by apprehension and fear negatively affecting their overall quality of life. Did you know that your gut bacteria can influence your mood? The bacteria in your gut hold immense power over you; they can influence how you respond to stress, change your mood, your immune, and hormonal system. Hippocrates, the founding father of medicine, once said that “All diseases begin in the gut.” Hundreds of recent studies show that all mental disorders, emotions, mood, even neurodegenerative diseases are no exception: Anxiety, MS, Parkinson’s disease, Alzheimer’s disease, ADHD, Sensory processing disorders, Obsessive-compulsive disorder (OCD), Schizophrenia, Psychosis, Autism.

Pharmaceutical treatments, such as selective serotonin reuptake inhibitors (SSRIs) and benzodiazepines, manipulate neurotransmitters’ levels in the brain. Although these medications may provide temporary relief, they are often ineffective and can have serious side effects. Anti-anxiety meds fail to address a lesser-known contributor to depression, anxiety, and other mood disorders. The brain and the gut communicate via a gut microbiome-brain axis. A growing literature indicates that a disrupted gut microbiome may contribute to various cognitive and mood disorders.

Medicine is always looking for that one “magic pill” that alone will cure all illnesses; for example, one pill to cure Alzheimer’s. Another pill to cure Dementia. Yet another pill to cure depression. But your body and brain are far too complicated, with far too many processes going on every instant. One pill is not the answer to everything that can go wrong in your brain or causes diseases. With brain optimization, we must intelligently combine a variety of solutions. 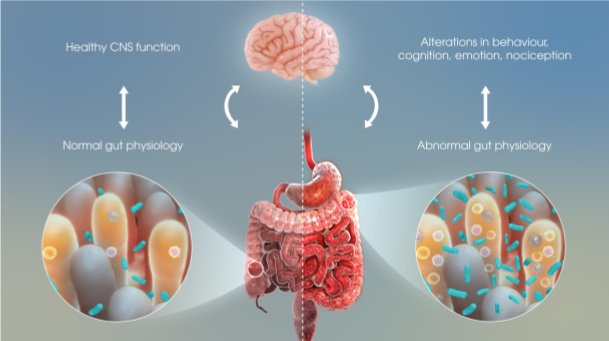 One more thing: ever wondered why you get butterflies in your stomach when getting bad news? Or why an impending decision can cause an attack of intestinal cramps? This happens because your body has two brains. You are already familiar with the one in your head. But there is also another one vitally important found in your gut. Like Siamese twins, your two brains are interconnected. When one gets upset, the other does too. Clearly, there is a gut-brain neuroendocrine connection.

Scientists have reviewed the gut microbiota and the microbiota-gut-brain axis and found that it relates to stroke. It is important to note that gut dysbiosis is a potentially modifiable risk factor for hypertension, vascular dysfunction, diabetes mellitus, and obesity. It, therefore, stands to reason that dysbiosis (gut microbial unbalance) must have at least some underlying relationship to the onset of stroke through initiation and progression of stroke risk factors. However, it is reasonable to view age-related gut dysbiosis as being modifiable through a combination of diet, probiotics, prebiotics, and other healthy lifestyles (i.e., exercise). Maintaining a youthful or healthy gut microbiota could reduce the incidence of stroke. Furthermore, a youthful microbiota seems to be beneficial during the recovery from stroke.

There are over 100 Trillion Gut microbes; their genes outnumber by 400-fold our human genes, generating about 500,000 biomolecules to communicate with all our organs and especially with the brain. The brain and the gut can interact directly through the vagus nerve (ANS parasympathetic), which connects the central nervous system (CNS) to the heart, lung, and digestive tract. The vagus nerve can be activated by many neuroactive molecules found in the gut.

Gut bacteria break down dietary fiber into anti-inflammatory short-chain fatty acids (SCFAs). SCFAs stimulate the sympathetic autonomic nervous systems with neurological benefits. One example is butyric acid, which has been shown to slow down Parkinson’s and Huntington’s diseases.

Neuroendocrine cells comprise about 1 percent of the cells along the protective gut lining, called the epithelium. These cells release over 20 neuroactive signaling molecules, including neuropeptide Y, oxytocin, ghrelin, and calcitonin gene-related peptide.

Altering the gut microbiota with antibiotics or probiotics can either damage or improve memory, further supporting the gut’s role in brain function.

We also have evidence that microbiota regulates pain perception, impacts the protective nerve sheath covers called myelin. It influences neuroplasticity, the brain’s ability to reorganize and rewire from good and bad inputs.

Because of the active gut–the microbiome–brain axis, anxiety, and other mood disorders, can be influenced by the gut microbiome’s stability and diversity. 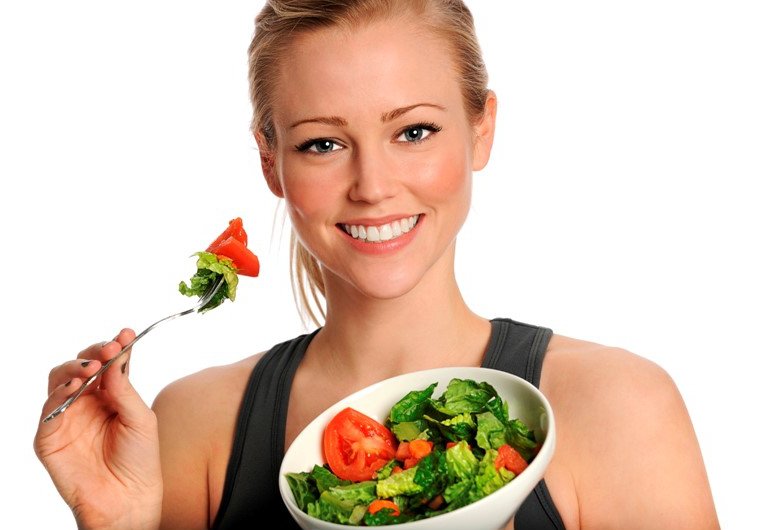 The brain can affect the gut microbiota’s community structure and function through the autonomic nervous system by modulating regional gut motility, intestinal transit and secretion, and gut permeability, and potentially through the luminal secretion of hormones that directly modulate microbial gene expression. A biological model is proposed that posits circular communication loops amid the brain and gut microbiome, and in which perturbation at any level can propagate dysregulation throughout the circuit.

A series of largely preclinical observations implicate alterations in brain-gut and gut microbiome communication in the pathophysiology of irritable bowel syndrome (IBS), obesity, and several psychiatric and neurologic disorders.

Continued research holds the promise of identifying novel therapeutic targets and developing treatment strategies to address some of the most debilitating, costly, and poorly understood diseases.

A healthy gut promotes a normal stress response through the hypothalamus–pituitary–adrenal (HPA) axis. Gut microbiota is essential to the development and function of the HPA axis, and there is a critical developmental window when colonization must occur for the HPA axis to function normally.

Stressors like maternal separation early in life or prolonged restraint induce significant changes in the gut bacterial profile. A person’s individual response will most likely depend on gut microbial diversity, gut wall integrity, diet composition, and overall health. Differences in gut microbiome compositions have been found in both animals and humans with mood disorders. Similarly, several human studies have found microbiota differences between patients with anxiety and/or depression compared to healthy control groups.

Gut dysfunction (dysbiosis) can lead to anxiety and mitigate anxiety-like behavior. After pathogenic infection with Campylobacter Jejuni or Citrobacter Amalonaticus bacteria, you will develop anxious and abnormal behaviors through activation of the amygdala, a brain region often implicated in anxiety.

Researchers performed fecal microbiota transplants between two strains of mice with known behavioral differences. When the more timid and anxious mice were colonized with microbiota from the less anxious type, the mice increased their exploratory behavior and showed decreased anxiety. In reverse, when the less anxious mice were colonized with microbiota from the more anxious type, the mice decreased their exploratory behavior. These behavioral changes were not accompanied by changes in neurotransmitter levels in the brain, further demonstrating that anxiety and other mood disorders have influences beyond the brain. The intestinal microbiota influences brain chemistry and behavior independently of the autonomic nervous system, gastrointestinal-specific neurotransmitters, or inflammation. Intestinal dysbiosis might contribute to psychiatric disorders in patients with bowel disorders.

Contact us to learn more how you can find different natural modalities and nutritional plans to restore a healthy gut microbiota and thus to improve your mood, clean your anxiety, depression, grief, worries, panic, fear. You can also learn how to prevent stroke, Alzheimer, treat MS.